The painting forms part of the Lowry Estate and is, therefore, under copyright law. The painting can be viewed at The Whitworth Art Gallery, Manchester, by appointment.

The Story Behind ‘The Outpatients Hall’ Painting by LS Lowry

Among the many surgeons who practised their skills at the Ancoats Hospital was Peter McEvedy, a New Zealander. Mr McEvedy was very well respected by all he came into contact with, patients and colleagues alike. He was known for not only being a superb surgeon, but also for being someone who was always on the side of the ‘underdog’.

Before the establishment of the NHS in 1948, the Lancashire Education Authority Committee paid the hospital £2991 per annum to carry out children’s tonsillectomies. As a result of the founding of the NHS, such funds were not required post-1948 and there happened to be a surplus remaining of £1800. It was decided to split this sum between the nine consultants at the hospital. For whatever reason, Mr McEvedy -the senior surgeon at the time- declined his share.

Upon his sudden death in 1952, his colleagues were so shocked and saddened that they wanted to pay tribute to Mr McEvedy and decided to commission an artist to paint a painting of the Hospital in his honour. 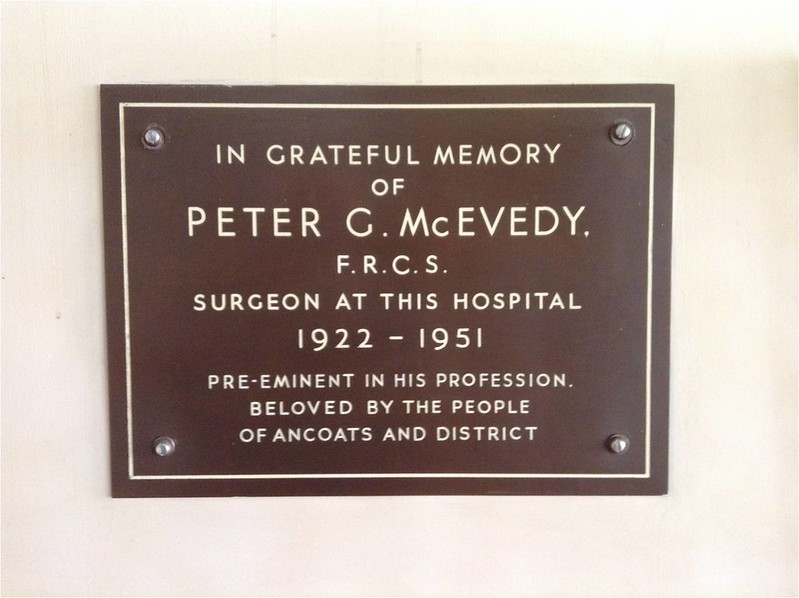 The artist chosen was LS Lowry and he was paid the sum of £500. Nurses we have interviewed remember Lowry sitting on one of the forms in the Outpatients Hall sketching in his sketch books. He would take off his hat, place it by his side and begin his work. No-one bothered him and he was left to ‘get on with it’.

The painting was to become one of Lowry’s most famous works, ‘The Outpatients Hall’, and is one of his few internal paintings. The painting hung in the Committee Room at Ancoats Hospital until 1962, when the Graves Art Gallery in Sheffield asked if they could borrow it for a Lowry exhibition. It was specially insured for £1000 for its trip to Sheffield. In the 1980s, it was exhibited once more, this time at the Barbican in London and then after the hospital closed in the late 1980s, the Whitworth Art Gallery in Manchester held it in their archives for a number of years. It was exhibited at Tate Britain in 2013 and is now held once again at the Whitworth in Manchester. ‘The Outpatients Hall’ can be seen by appointment.

Link to the painting 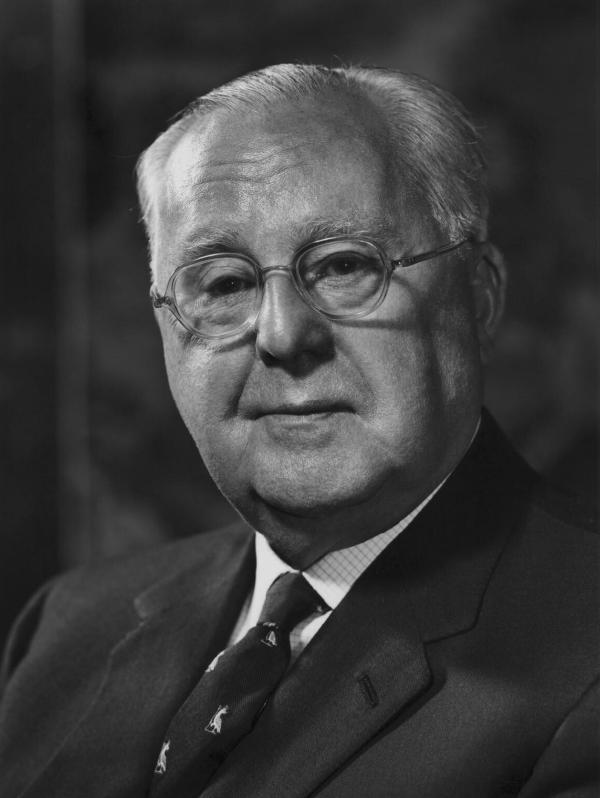 We cannot leave this section without mentioning probably the most famous surgeon of them all at Ancoats Hospital – Sir Harry Platt. Harry Platt was the man who created the very first fracture clinic in the country and later was awarded the title of Sir Harry Platt. Below are the words of Sir Harry Platt taken from his foreword to the book ‘150th Anniversary 1828-1978’.

“The hospital in Mill Street, regarded by an envious few as a backwater, has on occasion impinged on affairs of national importance. Such an occasion was Tuesday, June 21st, 1932, the third day of the North v South match at Old Trafford – a fixture designed to enable the M.C.C. Selection Committee to make a final choice of the Test team to go to Australia. On that afternoon I was coming to the end of my large Out-Patient Clinic (crowded with students) when a telephone call came asking me to come to Old Trafford to examine the knee of Harold Larwood which had given trouble on the first day of the match and over the weekend. I arrived at the cricket ground during the tea interval, examined the famous fast bowler’s knee, went before the Selection Committee, chaired by P.F. Warner, and (with some trepidation) pronounced my verdict – “take him to Australia”. The sequel of the story is cricket history – the body line bowling controversy – and we brought back the Ashes!”