Crowdfunding began as we journeyed towards Stage One to safeguard the Dispensary. Assisted by Spacehive, a crowdfunding organisation, a member of the group with research skills developed a crowdfunding strategy. This ran alongside the fundraising events organised by the group itself. In order to achieve Stage One funding the group had to ‘match-fund’ whatever the Heritage Lottery Fund awarded. This was a considerable amount but the group were helped by donations from the public as well as a large donation from Great Places Housing Trust.

The crowdfunding began in November 2014 and continued up to May 2015 when the match had to be raised otherwise Stage One could not have proceeded.

The procurement process was moving forward and should be we successful then Purcell Architects were to be commissioned as our Architects and Heritage Consultants. Purcell had an excellent reputation and wanted to become involved in the Dispensary having completely understood the importance the building had for not just Ancoats but Manchester itself. They created this poster for our Crowdfunding campaign. 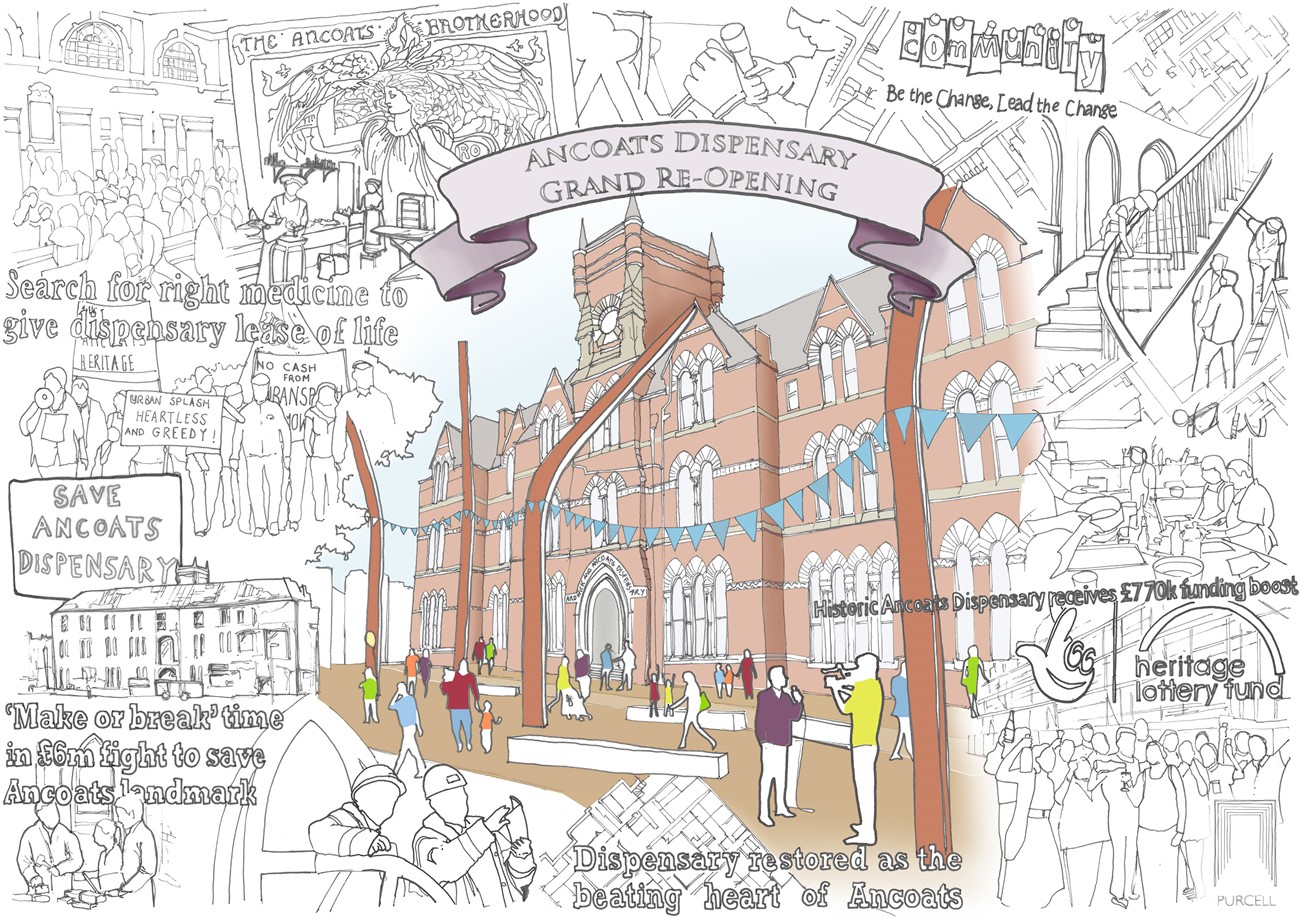 In March 2014 our HLF application was rejected by the Heritage Lottery North West. However, not to be daunted, we re-submitted the application following adjustments and in July 2014 we learned of our success. 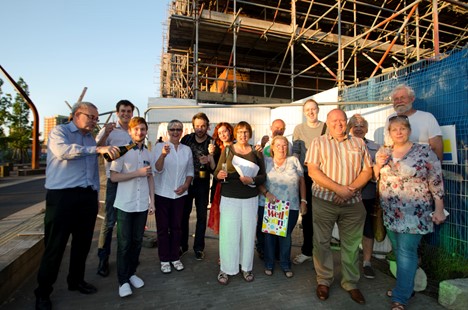 In order to proceed, however, we still needed to match-funding the funding awarded for Stage One. Along with various fundraising events held by the group including the crowdfunding appeal we still had a shortfall of £28,000.

In May 2015, at the last minute Ancoats Dispensary Trust received an anonymous donation for this exact amount and Stage One was able to proceed and Purcell was formally appointed. ADT’s Business Plan preparations began in earnest.

Ancoats Dispensary is saved after mystery donor stumps up last-minute £28,000

Money was used for professional fees and safeguarding works. These included changing the inappropriate scaffolding within the Dispensary to ensure stability and the spiked tops of the building covered to prevent further deterioration. Our architects Purcell began to share their ideas about the restoration of the Dispensary and shared plans of their designs that would preserve as much of the Dispensary as possible whilst allowing a sustainable development to move forward. These are the images from a public meeting held at Halle St Michaels when people could view the designs and comment upon them.

The film below was made by Group 22 especially for the Manchester business community to promote the vision the Trustees had for the Dispensary. 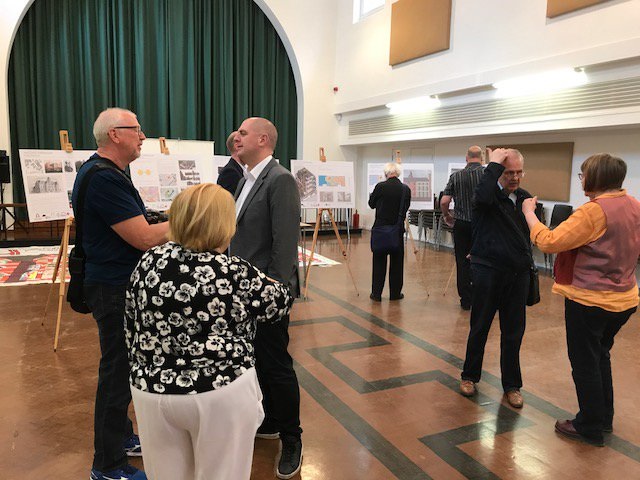