In 2016 having discovered so much about the history of glass manufacturing in Ancoats and as part of the Manchester Histories Festival 2016, the Ancoats Dispensary Trust held an exhibition at Bridge 5 Mill in Ancoats. The exhibition was so successful it was extended from 4 days to 2 weeks. 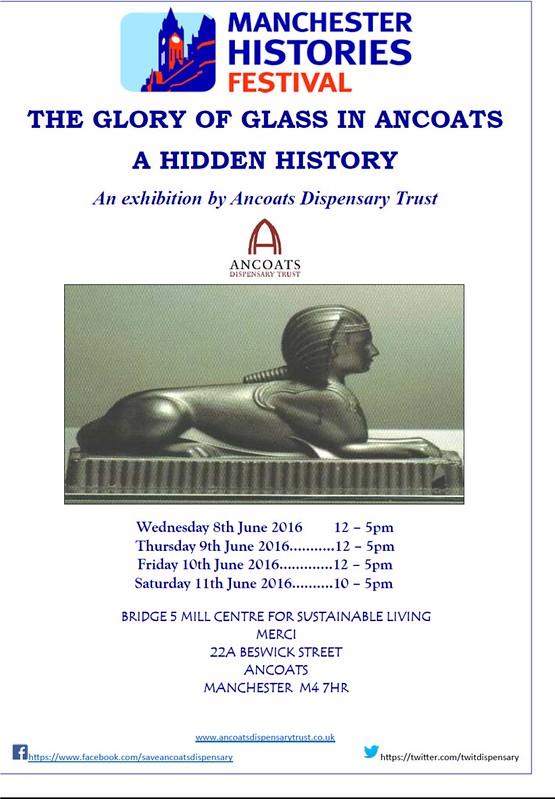 As early as 1785 Imison and King established a ‘glass house’ on Newton Lane. Although short-lived the 19th century saw a concentration of the glass industry in Ancoats and by its heyday in the last quarter of the century there were nine glass works in production throughout the district. It was agreed that as part of the Ancoats Dispensary Trust’s Business Plan to establish an economic and sustainable model within the Dispensary, and in keeping with the ‘heritage’ aspect of Ancoats for translation into the 21st century, a small glasswork on the ground floor of the Dispensary should be explored. Historic connections of glassblowing within Ancoats meant that there was a level of support for the idea. Technical feasibility studies were carried out by two UK glass-makers. One provided the technical implications and the other the community possibilities.

Our thinking at the time was that the Heritage Lottery Fund would accept the proposal as it met the following criteria:-

The Dispensary would once again become a ‘working building’. Unfortunately, despite the reports providing the potential of locating a glass blowing studio on the ground floor, it was felt the predominant issue was the heavy servicing requirements and that the technical implications on the whole of the building would create difficulties. It was, however, felt that the exhibition of glass for the Manchester Histories Festival should go ahead.

Contact was made with Manchester City Art Gallery as a few years earlier they had held a small exhibition of Ancoats Glass. Access to records, photographs and permission to use these items as part of the Manchester Histories Festival was granted. Warrington Art Gallery had recently hosted a talk about the glass industry in Warrington and by making contact with the person who had given the presentation, it was discovered that the glassmakers of Ancoats originally came from Warrington. We met with the presenter who agreed to contribute on behalf of the Society of Glassmakers to our exhibition. On discovering that ancestors of the early glassmakers were alive and well and living in Flixton, we contacted the family who very generously offered their help with loaning us exhibits and a history of their ancestry. Visits were made to Manchester Metropolitan University to view their glass furnace, the equipment required and to hear how the students studying glass had to travel to St. Helens to use the only other furnace in the region once they had graduated from Manchester. Pieces of glass and some tools were loaned to ADT for the purposes of the exhibition.

The 1851 Great Exhibition was held at Crystal Palace, London 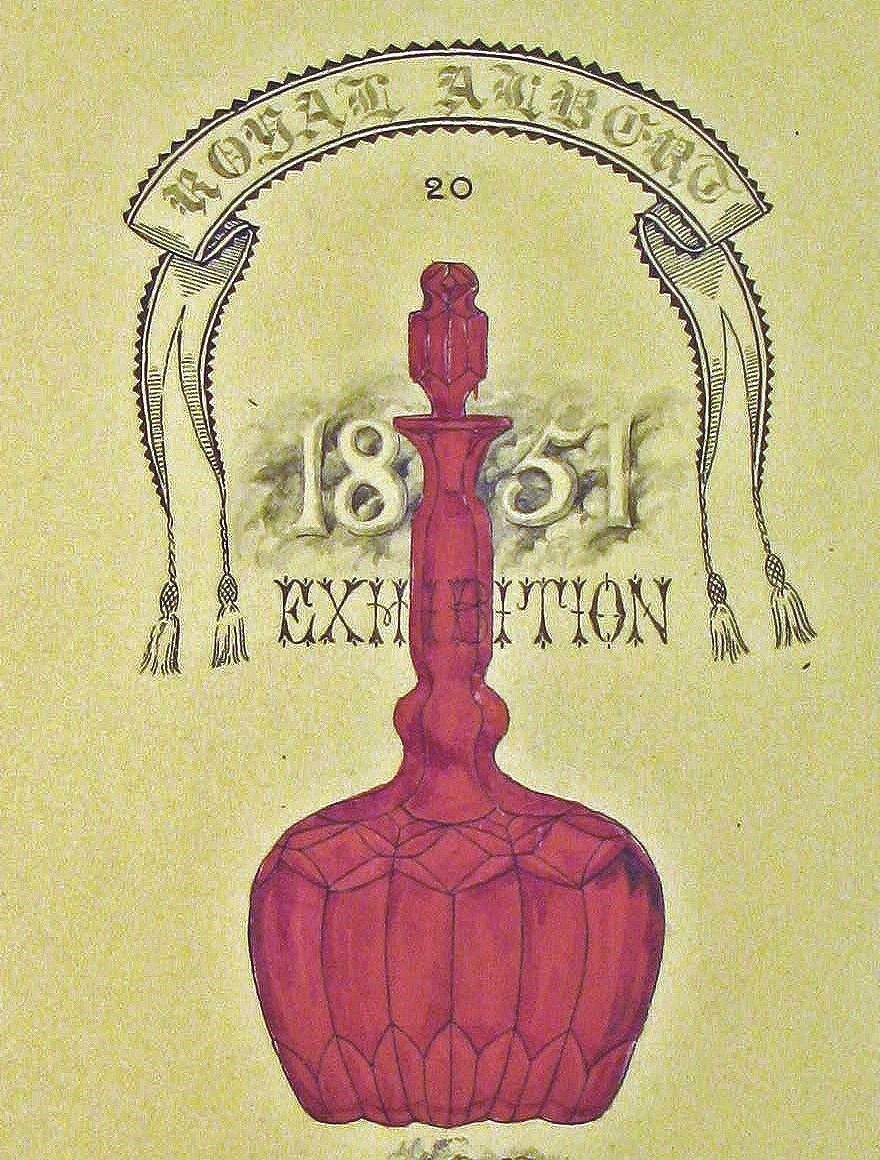 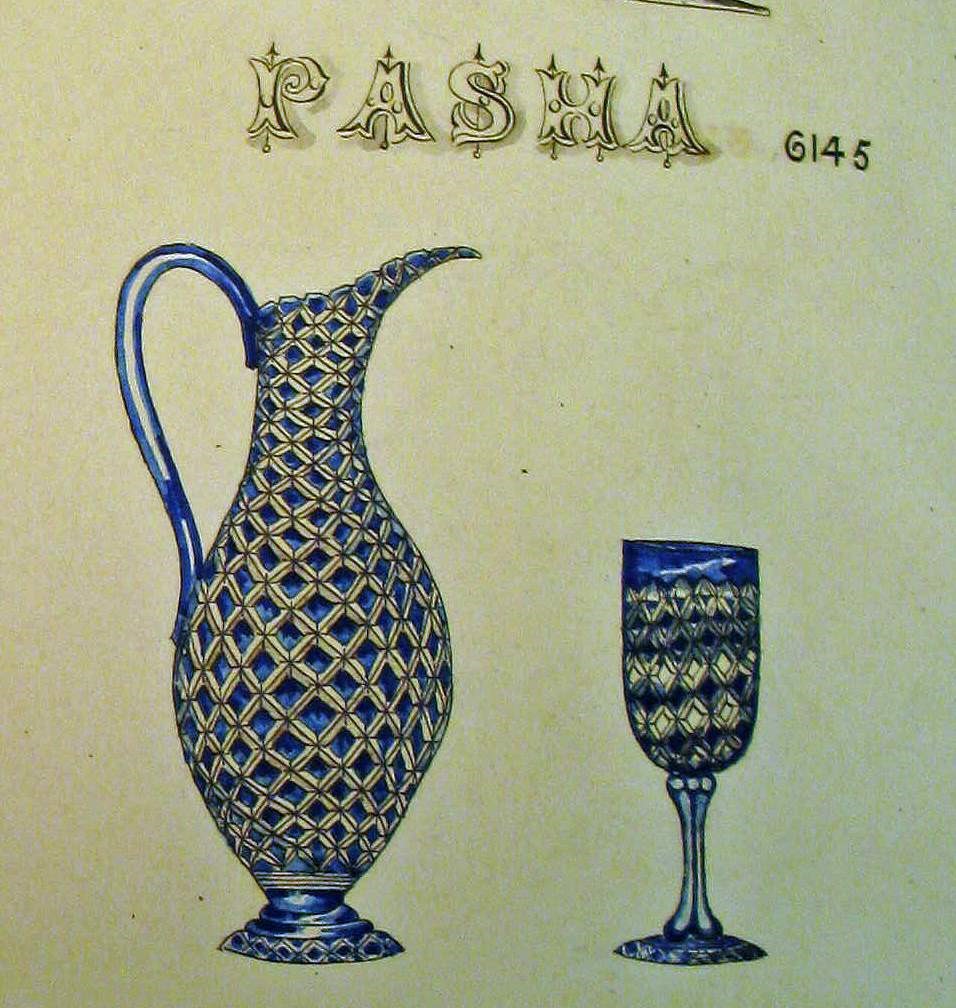 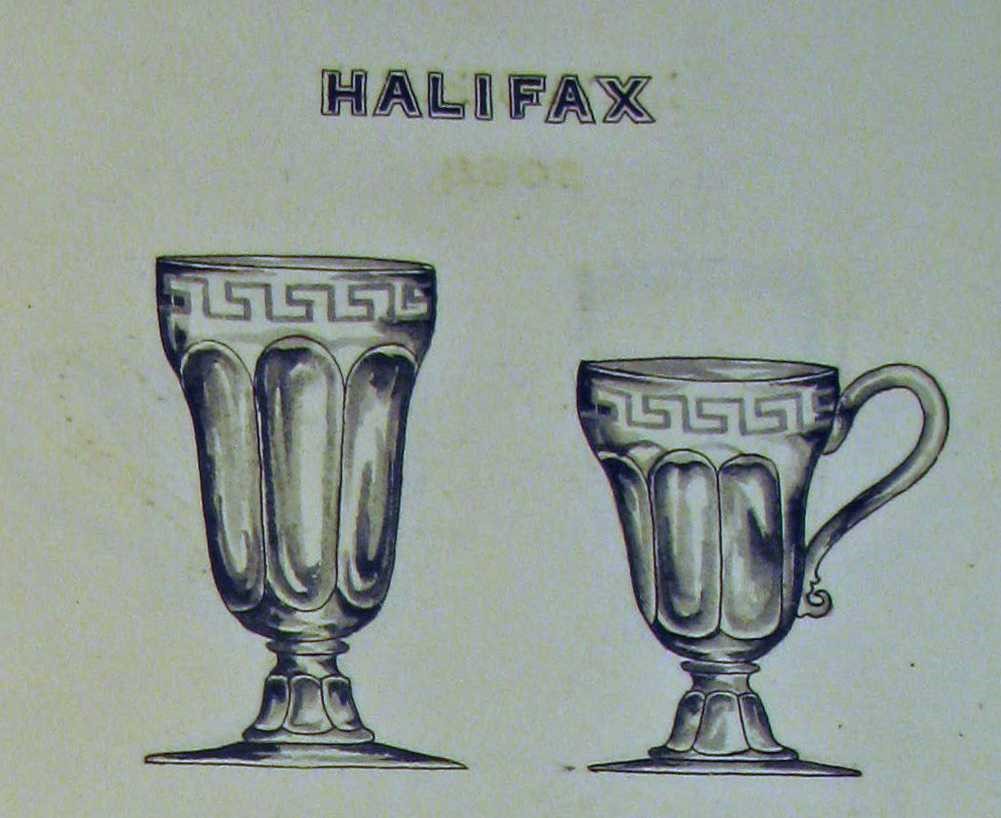 The above 2 images demonstrate the skills of the Ancoats glassmakers when they exhibited these items at the Great Exhibition in 1851 For over a century the Ancoats glass industry thrived. Ancoats had produced much of Manchester’s glass, from elaborate swan-shaped vases to more humble jugs and bottles as well as a huge range of industrial glassware required by chemical firms.

In the ‘Industry of All Nations’ section of the 1851 exhibition catalogue there appears the following comment:-

“One is apt to associate the manufacturing productions of Manchester with cotton and calicoes and surprise is expressed at seeing an exhibition of beautiful glass work emanating from that busy town. It is not generally known that not less than twenty-five tons of flint glass are produced weekly in Manchester”.

The glass cutters from Bohemia were extremely skilled in engraving as well as cutting. One particular glass cutter came to Manchester to work for Andrew Ker in the Prussia Street Flint Glass Works. His name was William Florian Pohl. The Manchester Town Hall Goblet was engraved by Pohl and presented to the Lord Mayor in 1877. The goblet itself can be viewed at the Town Hall by appointment

Also dating from 1848, an advert appeared in the London Times from Molineaux & Webb, advertising for “a first-rate glass engraver. A Bohemian would be preferred.” 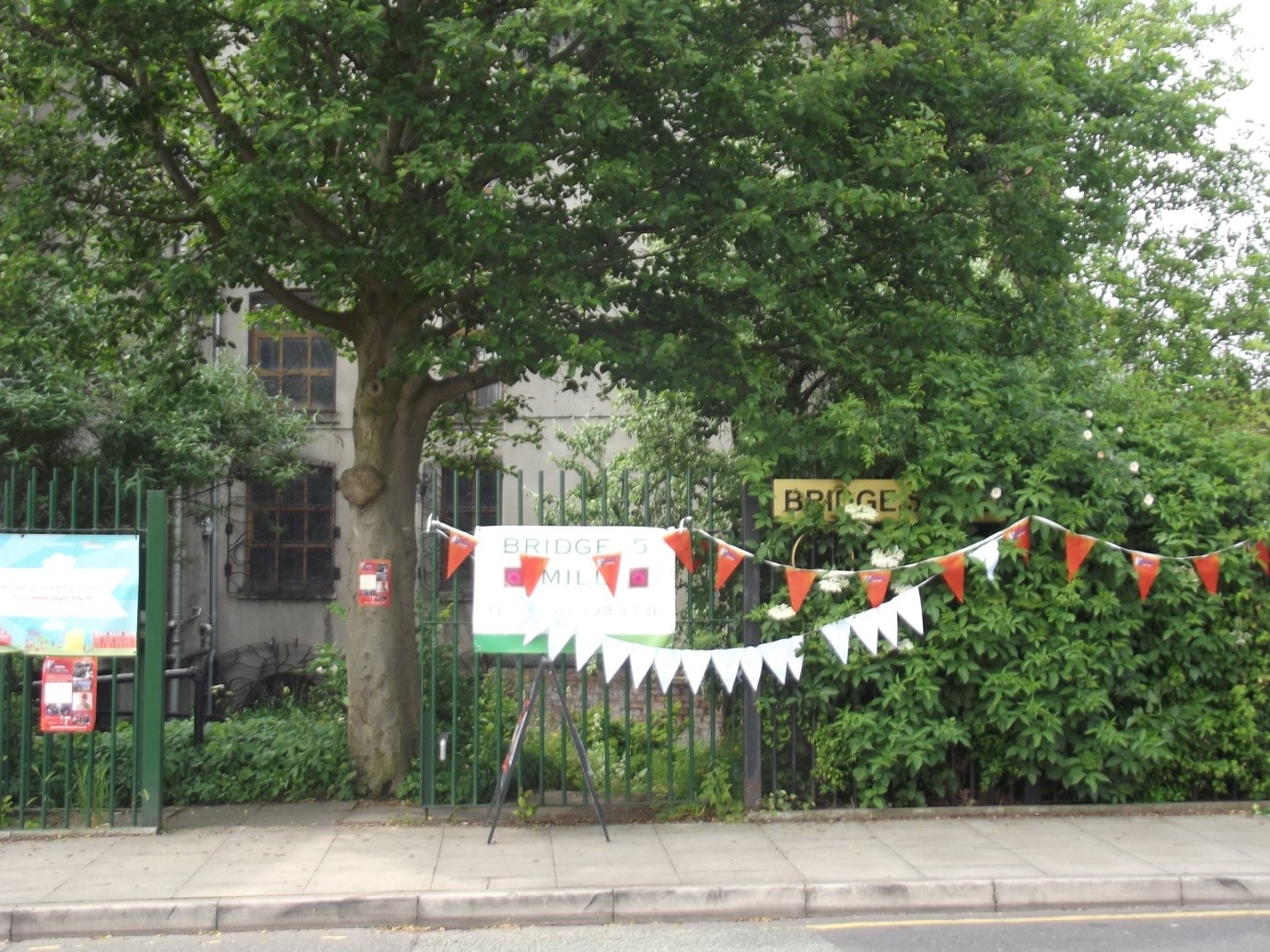 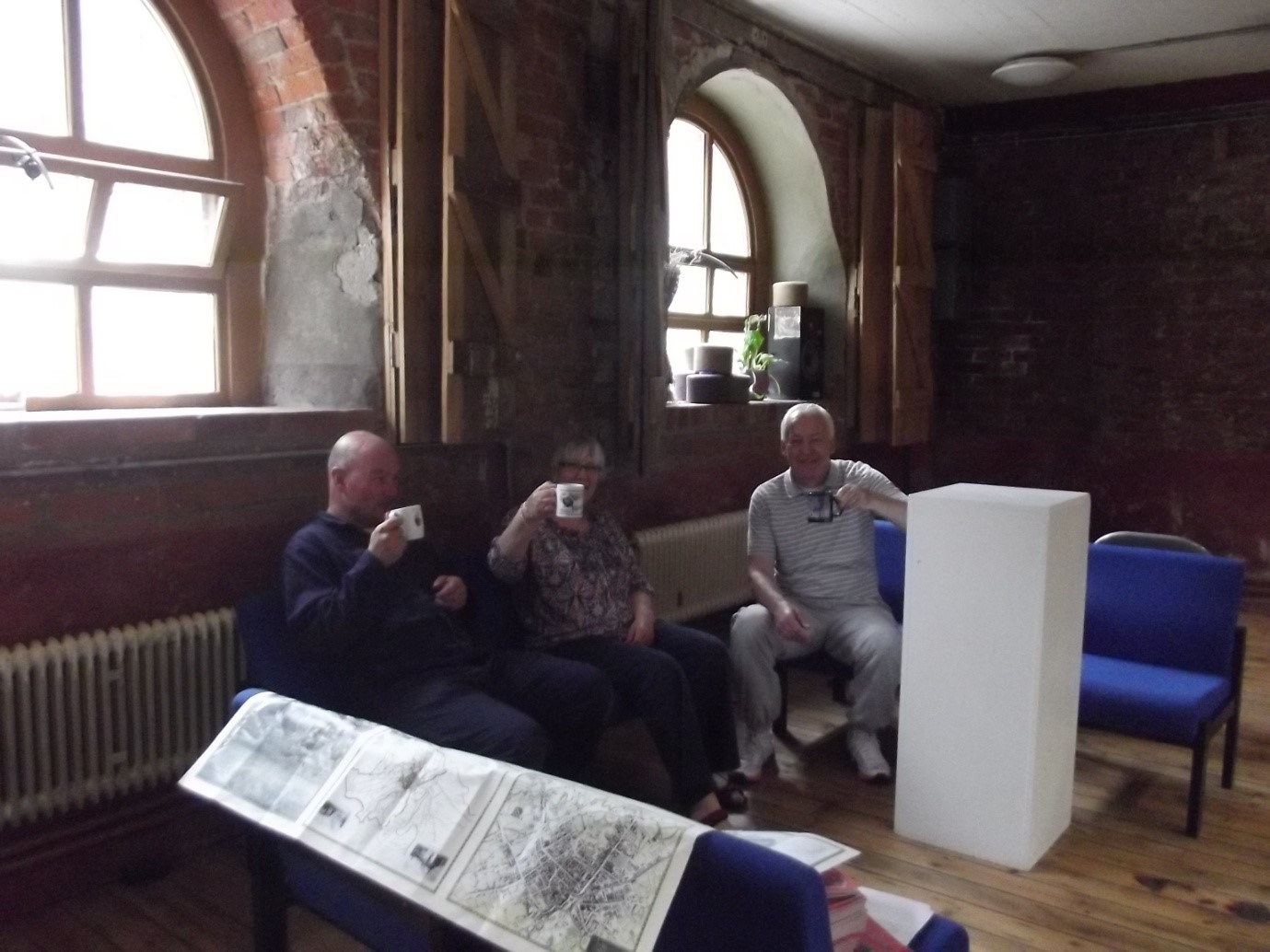 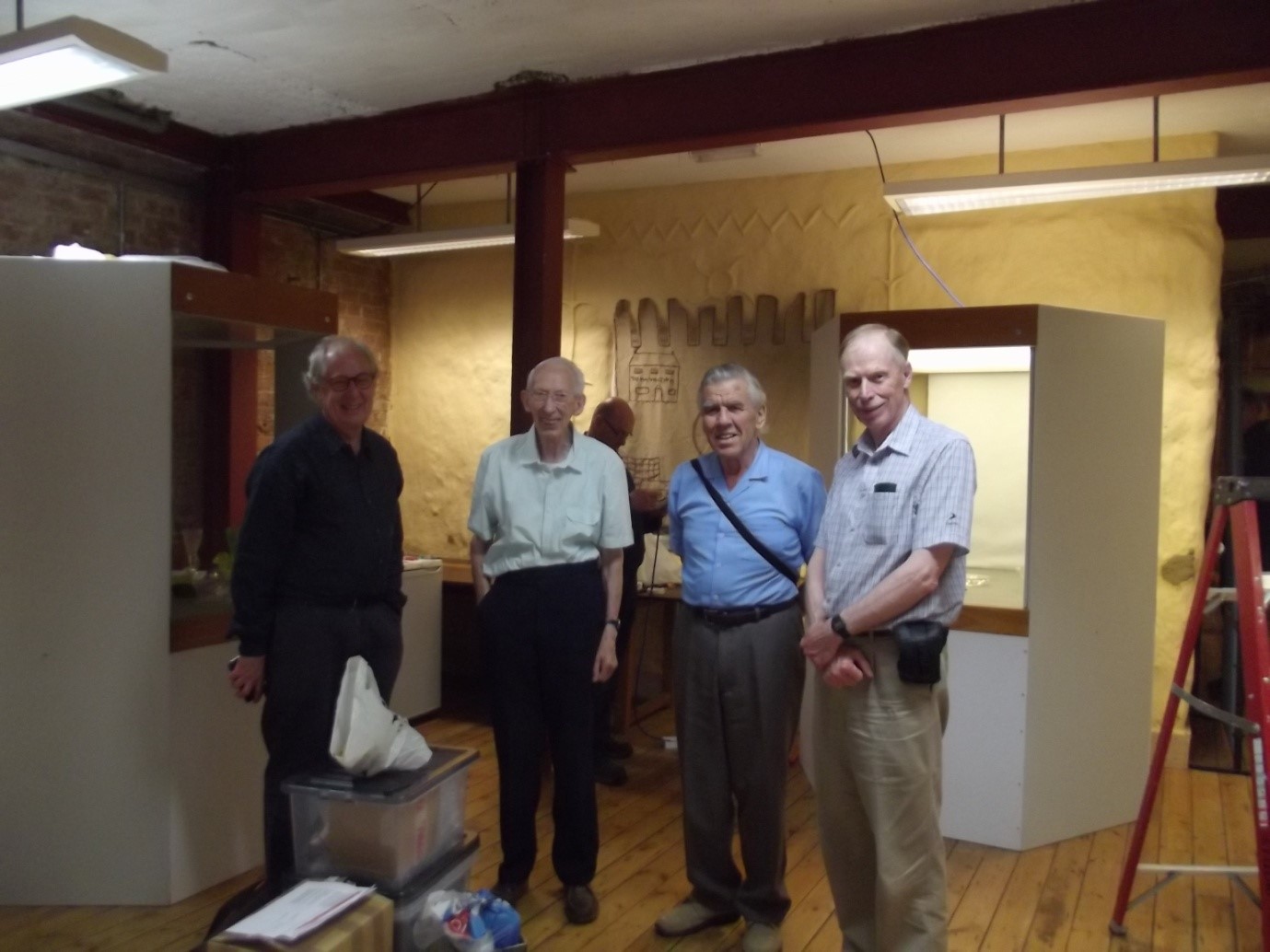 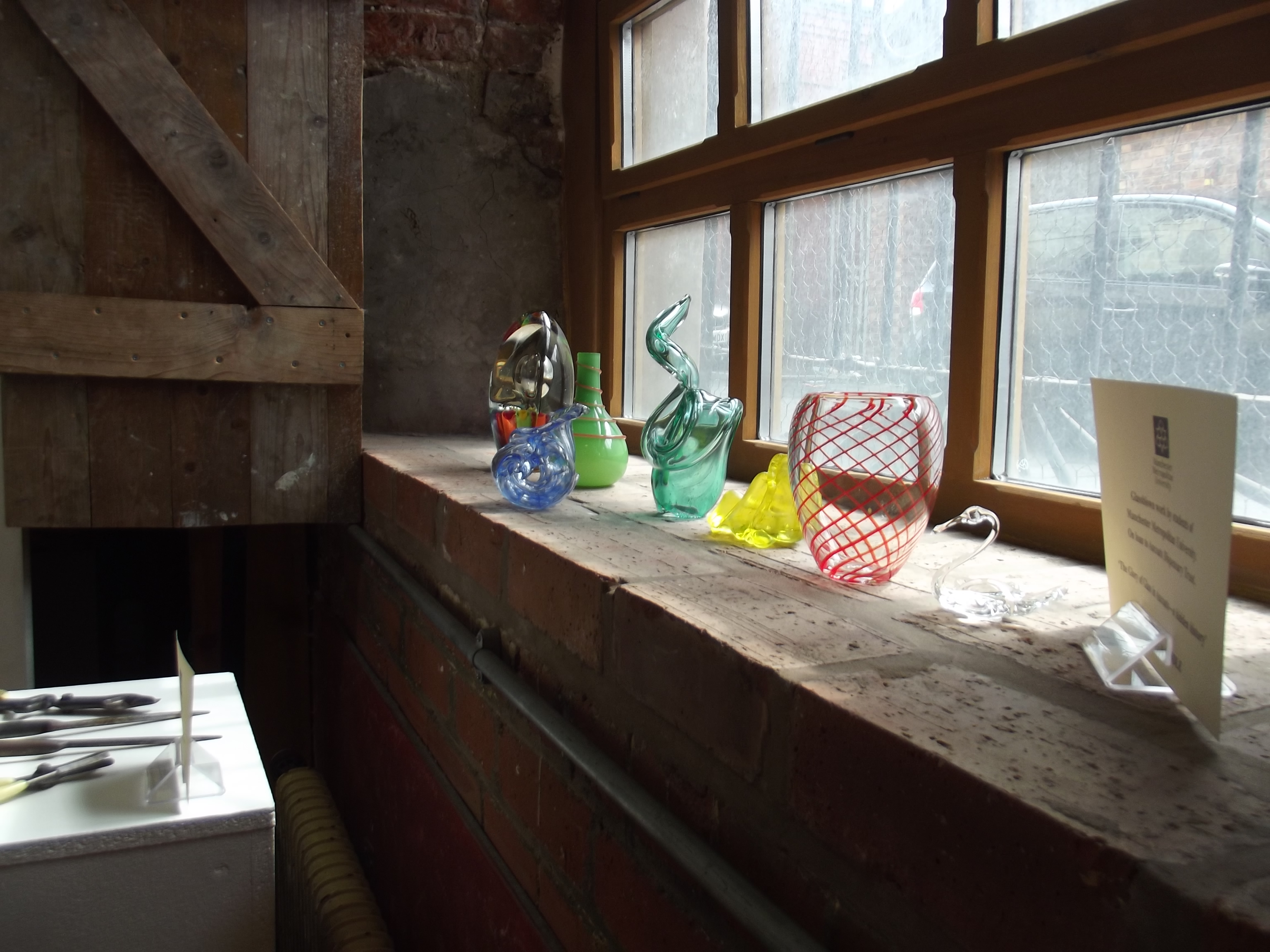 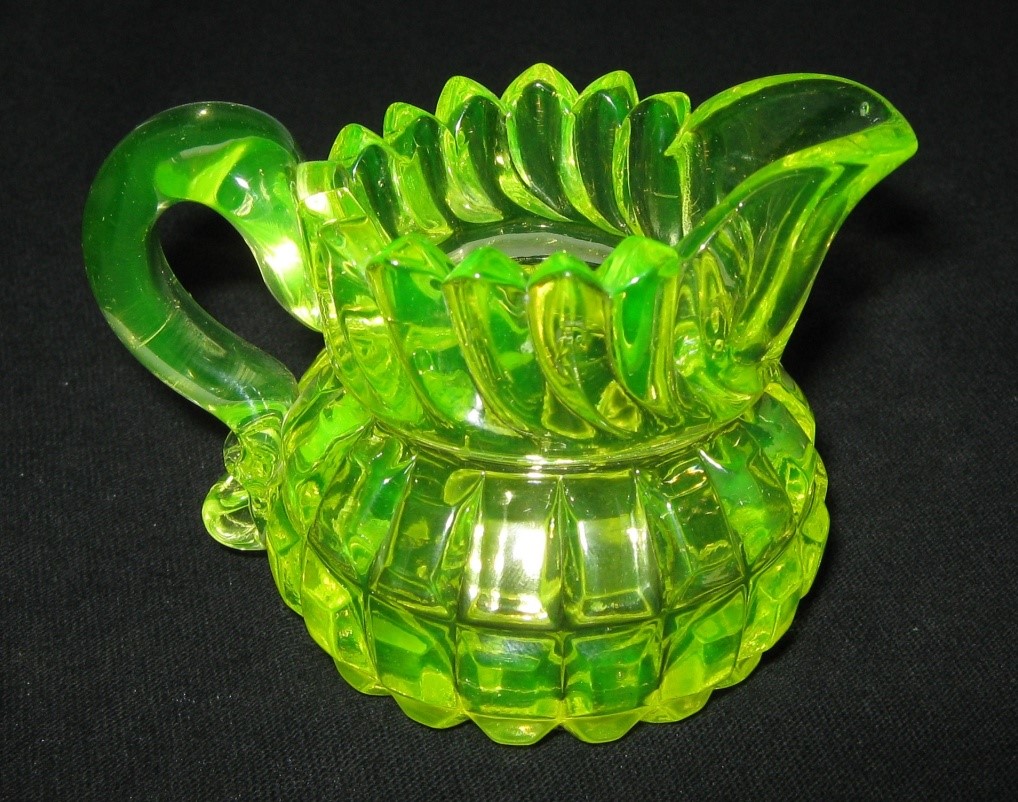